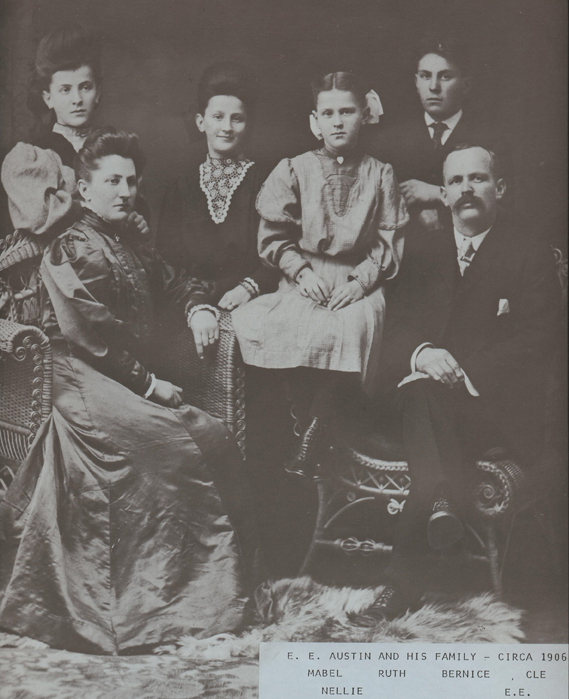 E. E. Austin & Son, Inc. has over 100 years of building experience in Northwestern Pennsylvania and Southwestern New York State.  Current management is the fourth generation of the Austin family in the business and has been in place for over 30 years. The company was founded in 1906 by Edward Everett Austin (E.E. Austin), a former schoolteacher.  When he started the construction business, he used his horses to haul wood from his farm to the city of Erie to build houses, flats, etc.  His son Cle came home from working in the Navy yards of Norfolk, VA to join his father in 1920. At that point, the company started taking on larger projects, such as Erie Veteran's Stadium.

In 1930, Cle opened one of the first 100 ready-mix concrete plants in the country.  The company built sewers, roads, buildings, and more throughout the 30's.  The business expanded to include a lumber yard, hardware store, and equipment rental business.  When both E.E. and Cle died in the early 1940's, Cle's son C. Robert Austin came back from serving in World War II with the Corps of Engineers to take over and run the company.  During his time he started a sand and gravel importing business.  C. Robert worked for the company until his death in 1993.  His son, Cle Austin, the current President, began working for E.E. Austin in 1976. The construction company and ready-mixed concrete company remain in business today on the original site.

In May of 2000, E.E. Austin & Son, Inc. and Barnes Construction Corp. of Falconer, New York agreed to merge forces. This merger combined two of the leading general contracting firms in the region.  Both firms specialize in commercial and institutional construction and have been instrumental in the construction of several projects throughout Chautauqua County.  The company continues to be a strong force in the Erie and Jamestown construction markets.